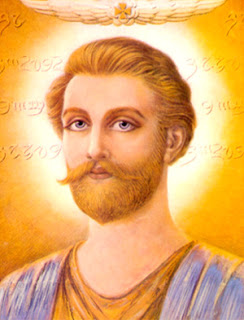 And what has to happen for the collective as one consciousness on Earth, on Gaia to ascend? Can you maybe give some clarity on that?

You can see this as a beautiful puzzle. Envision this puzzle as being the collective. The more pieces of the puzzle are colored green so to speak, like we use green and red, red for not ready and green for ready.

The more pieces of this puzzle are colored green, the more the collective is ready to pass this threshold and the more individuals are ascending, the more Gaia is able to awaken in this new reality and to share this new reality with each and everyone of you.

So yes Andrew and my dear friends, an individual process of Ascension is needed first in order to lift up the entire planet of Gaia and the collective with you.

So if you ascend individually first, you go through the Ascension portal and back and you do this continuously; you go back and forth to adapt to the new energies. You come back to ground them into the collective world you are living in, so that energy that you have absorbed during your ascension process can be grounded into Gaia and as it is grounded into Gaia, the collective will absorb this as well and activate this in the heart.

The more individuals are doing that, the more the collective is absorbing and activating. The more new souls are being awakened and reborn in this awakening.

So yes, the individual process is very important. This is why we stress the fact so much to meditate, to work on your personal evolution, to be balanced, to be Love all the time, to ground yourself, because by grounding you are allowing to bring in the absorbed energies into the world of Gaia and her collective of humanity.

You are giving the chance and bringing all the opportunities to all the individuals on your world to access all the energies that you have all gained and absorbed by Ascending and going through the portal of Ascension.

Most of the times you do not perceive it to be your reality but you are starting to perceive it as your reality now and you start to recognize it that you just did a time travel consciously and you take that back to your lower and other Dimension, which is the Earthly one where the collective is lingering in. This is the fourth dimension that the collective is lingering in.
And you take it back to that Dimension and you ground this as it helps to awaken a lot of people at the same time.

You are absorbing all of this, you are experiencing your gifts and your talents, you are accessing other time frames and time lines and all that you are. You take this with you every time you consciousness shifts again into the lower fourth dimension.

But anyway, I do not wish to diminish this at all. I have respect and the most of respect for the souls who choose to do this through the death process, because it is challenging for them as well.

It is going through the fear of dying and letting go of the body which is not an easy one if you fear it. If you don’t fear it, it is a very beautiful process..

I can tell you that. And I have the most respect for those who choose to leave the body and go through the ascension gate by leaving the body behind because this way they are granted new opportunities to take on new forms which they will choose and whatever form they would like to do.

By this I hope I have answered your question to the fullest extent possible because truly ascension is so beautiful, it is very hard to put it into words and I try my best to give you an answer and an image of what the opportunities are and how important it is to do an Ascension process.

Andy: yes thank you so much and very well said! I am just so excited because I think personally I am ascending with body, I’d like to think I am.

Copyright © http://awakeningtohigherlove.com by Méline Lafont and Andy Bojarski. You are free to share and blog as long as the content stays unaltered.