Aries with her twin flame Thor are the Cosmic Beings who created the atmosphere of Earth. They direct the Air Element and activity of the sylphs, intelligent air spirits who keep the air purified to allow humans to live upon Earth's surface. During Earth’s ascension, it is their role to purify the atmosphere including all pollution and misqualifed thought forms released by the minds of Humanity. Sylphs can whirl so fast that they can develop hurricane strength winds and cyclonic storms. Slyphs are beautiful, curvaceous, iridescent, wispy beings endowed with ballerina grace. When they have taken on too much human negativity, they discharge the energy through hurricanes and tornadoes. We may call upon them to purify all toxicity from the atmosphere. Because of their connection to air, which is associated with the mental aspect, we may invoke assistance for illumination and inspiration. Aries also assists in the governing of the memory levels of the mental body (memory body). The blessings from the Ascended Ones come to us on the Air Element as well as the blessings we send out to others. When angels abound, they love to create a replica of these angels in the sky. The sylphs bear the prana and the currents of the Holy Spirit between heaven and earth, and are present when the breath of life enters a new baby body. They seek to help us master our mental body and thought processes, until our mind reflects the mind of Christ and our breath is the full release of the Holy Spirit. We can also call to them to purify the atmosphere from chemtrails and all kinds of harmful pollution. The sylphs has a highest vibratory rate than the earth and the water elements. They live hundreds of years, often reaching one thousand and never seeming to get old. They are said to live on the tops of mountains. The Hierarchs of the sylphs are Beloved Aries and Thor. Sylphs can assume human form but only for short periods of time. The vary in size and can be as large as a human. They are volatile and changeable. The winds are their particular vehicle. The work through the gases and ethers of the Earth and are kindly toward humans. Slyphs are usually seen with wings, looking like cherubs or fairies. Because of their connection to air, which is associated with the mental aspect, one of their functions is to help humans receive inspiration. The sylphs are drawn to those who use their minds, particularly those in creative arts. The fairies are also considered  air elementals. Aries is constantly looking for those who know of His Presence to pass through and purify, call to Aries for this.

The breath of life is offered to many. A goodly number of new infants born from the womb of woman refuse to accept that breath &, standing at the very threshold of a new life, return again into the realm of the unborn. To those of you who were brave enough, whose Holy Christ Selves were determined enough & whose outer consciousness was constant enough to grasp the breath of life, to you I AM grateful! I AM the servant of your light! All of the breath you desire is yours to fashion from it your beautiful melodies & songs, to fashion from it the spoken word & to utilize it as the motivating power by which all activities of the physical form are performed.

You have not known, you have not touched the hem of the garment of power which is within your capacity to draw from the air & ethers the nourishment, spiritual stimulus, eternal youth & beauty, vitality & fire which awaits the magnetic pull of your free will & the expansion of its qualities thru your flesh body. Those who have even surfacely studied the control of the breath know something of the buoyancy, vitality & refreshment that is within it. However, few there are in the West who have drawn from the air element that substance of fire which is the elixir for which mankind has sought thru the ages. By its use one may regain eternal youth & beauty, indestructible health, strength & energy, transforming the flesh body into a translucent form of light!

If you will just let go of the memories of imperfection even in this life alone & ask your Holy Christ Self to help you let go of every memory of injustice, failure & distress of every kind that you have experienced, the Holy Christ Self in cooperation with a brother from the Ascension Temple will give you needed assistance. Know that Aries & Thor are always with you in the air you breathe & the drive of its energy & that we always stand ready & willing to respond to your slightest call. 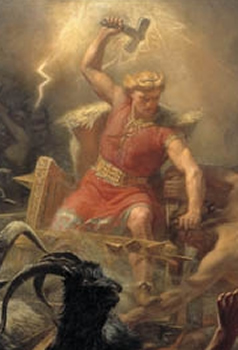 "I AM Aries - the Director (with Thor, My Beloved Twin Flame) of the Air Element and of the Sylphs - those loving, intelligent beings who serve so ceaselessly in the atmosphere of Earth to keep that air purified enough to allow mankind to live upon Earth's surface.

"If you could see the amount of poison exuded just from the breathing out of polluted air from the physical bodies of mankind in one twenty-four period, you would realize much more fully the tremendous service which the Sylphs perform and certainly be much more grateful for it. These blessed beings - twenty-four hours a day - utilize the purifying powers of the Sacred Fire to keep mankind and imprisoned Elemental life (four-footed creatures) here from poisoning themselves to the point of causing them to experience so-called "death" - just through inbreathing again their own exhalations.

"As you have been told, the atmosphere of Earth has a 'ceiling' provided, in order to keep the dissonance and impurities released from the Earth from jarring the natural rhythm and harmony of the rest of the Planetary System, as well as the entire Galaxy to which the Earth belongs. This 'ceiling' beyond which no discord or impurity can rise, is a blessing to the Universe, but it is an added responsibility to Us because it gives Us much less space in which to perform the activities of purification. It also necessitates Our calling forth a much more powerful and therefore quicker, purifying action of the Sacred Fire - whereas, if there were no such 'ceiling', the tendency of the radiation from the Earth would be to rise and eventually transmute its shadows in the Fire of Purity which is the natural atmosphere of God and in which atmosphere abide the other planets of the Galaxy. Therefore, We are called upon to act much more quickly in a smaller area (relatively speaking) to make and keep the atmosphere around the Earth pure enough to sustain physical existence here.

"Whenever the Directors of the Air Element and the Sylphs under Their command withdraw from a Planet or Star (according to the direction of Cosmic Law), you soon have a "dead" Planet and even plant life cannot live upon it. It was just such a Cosmic crisis which the Earth faced when Beloved Sanat Kumara interceded on behalf of the Earth and its evolutions. All through the Universe, you can see drifting those "shells" which were once Planets and Stars, from which have been consciously withdrawn the Directors of the Forces of the Elements and the Elementals that serve under Them. These "shells" of former Planets and Stars finally disintegrate into Cosmic "dust" and return to the Universal. There, the electrons which made up the former Planet or Star may be repolarized and returned to the particular Sun from whence they originally came. From there, they are sent forth again at a later time to help create and sustain some new constructive creation which will benefit the evolutions of the Galaxy or System which has been chosen for such blessing.

Beloved Aries And Thor
Aries and Thor are the Cosmic Beings who created the atmosphere of Earth. They direct the Air Element and activity of the sylphs, intelligent air spirits who keep the air purified to allow humans to live upon Earth's surface. During Earth’s ascension, it is their role to purify the atmosphere including all pollution and misqualifed thought forms released by the minds of Humanity. Sylphs can whirl so fast that they can develop hurricane strength winds and cyclonic storms. We may call upon them to purify all toxicity from the atmosphere. Because of their connection to air, which is associated with the mental aspect, we may invoke assistance for illumination and inspiration. The blessings from the Ascended Ones come to us on the Air Element as well as the blessings we send out to others.
Together Aries and Thor direct the intelligence and illumination that courses and pulses through Nature and transmit the energies of the Holy Spirit to mankind through the Air Element or Mental body.
Man can receive from Nature if he so chooses these impressions and pulsations of the Christ Mind that wafts through all of creation.
The "clouds " we see can reflect the emanations and actually picture in the form of Angels as Nature and the Elemental Kingdom, specifically in this case as, Elementals of the Air, attempt to inform Mankind of his connectivity and attunement with heavenly bodies. Thus the '"higher mind."
Conversely when mankind's energies are in-harmoniously qualified there appears as blight on the screen of life, manifesting as "dark clouds" Thus elemental life is the most accurate barometer to reflect mankind's cumulative energy deposits that manifest in Nature.
Because all Nature Spirits and Elemental beings essentially mimic or mirror Mankind's expressions of his physical, thought, feeling and memory processes, we are also charged to employ these Elemental Forces in a transmutative, benevolent, higher purposeful way.
In essence, Elemental life is intended to take its lead from and by Mankind's direction, but is compelled to magnify what Mankind is emitting or sending out. 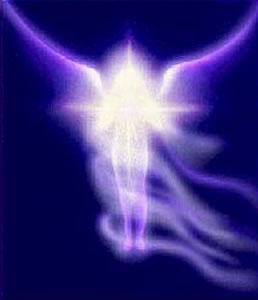 Goddess of the Air


I call upon the overlighting Devas, Spirit Guardians of the Air, and ask you to move through me. I thank the air for giving me the breath of life. I thank the trees and the Sun for creating the Air that I breathe. As a Spiritual Being manifesting in a human body in this dimension of life, I know that I could not live without your precious gifts. I send out my prayer for the purification of Air, I send out my prayer for the purification of my mind so that I can hear the voice of God/Goddess, All That Is; so I can be clear to hear the voice of my Higher Self, so I can be clear and empty inside without preconceived ideas, without judgments that inhibit what I am able to receive in the way of wisdom and sacred teachings.

I ask the Air to help my mind be clear and my consciousness be humble enough to still learn from my Teachers, my friends, and All That Is.

I give thanks for your gifts and blessings.

for the information and pictures.